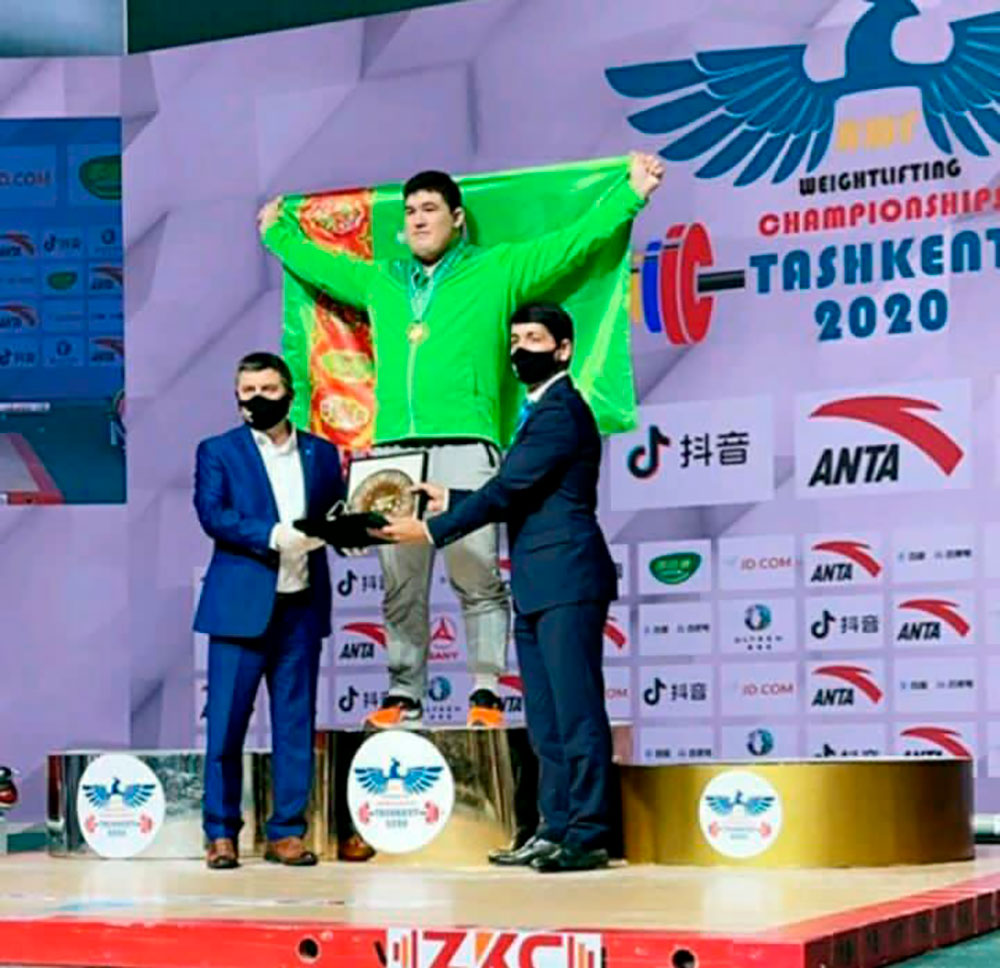 Small bronze medal in clean and jerk in the weight category above 109 kg of 2018 World Weightlifting Championship in Ashgabat has been added to the list of awards of Turkmen weightlifter Hojamuhammet Toychiyev. It was handed over to our weightlifter on the final day of the Asian Championship in Tashkent by representatives of the Asian Weightlifting Federation. Representative of Turkmenistan national team has informed this news to our reporter.

Initially, the bronze of 2018 World Championship in this discipline was awarded to Rustam Jangabayev from Uzbekistan with result of 245 kg. Later after the re-check of the doping tests of the sportsmen participating in 2018 World Championship in Ashgabat, the residues of growth hormone were found in the doping test of Uzbek athlete, which resulted in his disqualification and the medal was taken away from him.

Therefore, after review of the results by International Weightlifting Federation, bronze medal in clean and jerk in the weight category above 109 kg went to Toychiyev who lifted 240 kg.

At the last Asian Championship in Tashkent, Hojamuhammet Toychiyev has taken the fourth place in the weight category above 109 kg, having lifted 404 kg in total (181kg in snatch and 223 kg in clean jerk).

Earlier, after review of the results of 2018 World Championship, gold medal in non-Olympic weight category up to 45 kg has been awarded to Turkmen sportswoman Yulduz Jumabayeva.

Last news
Economy
The total amount of transactions at the GTSBT auctions exceeded 32 million 158 thousand US dollars
Politics
The President of Turkmenistan took part in the ceremony of laying a new automobile bridge across the Garabogaz Kel Bay
Politics
The President of Turkmenistan congratulated the leadership of the Republic of Singapore
Society
Opening of a modern children’s entertainment center
Politics
President Serdar Berdimuhamedov took a walk and cycle cross along the coastal area of the Caspian Sea
Economy
President Serdar Berdimuhamedov: Transport and logistics are the basis for the formation of a new geo-economic landscape in Eurasia